Riaan has been to the 2008 Beijing Olympics and just missing out on the final by a few hundreds of a second in the 400 individual medly and now at the 2010 Commonwealth Games in Dehli he has made a name for himself by winning the bronze medal in the same event, at just a young age of 21. I am really proud of him, this should be his greatest achievement thus far.  Riaan definitely inspires me to achieve big and that anything is possible.

Thanks Riaan! It’s so cool to train with a Commonwealth Games medalist!!

Most TV reporters made it seem like Dehli was not ready for the Games and that it was dangerous with all the bombing that has been happening…well they over exaggerated. The pool facility where the swimming was held was world class. The only problem they had was with the water. They didnt have the skills to take care of such an arena, so the water picked up some bacteria and the pool started looking a bit cloudy.  The Athletes Village was not finished when the team arrived.  Rooms were not finished and a bit dirty. They had problems with electricity and the air cons, which meant it got a bit toasty in the rooms.  Unfortunately the swimming team had to travel one  hour to get to the pool arena which meant 4 HOURS a day in a bus!! That’s crazy for my standards. 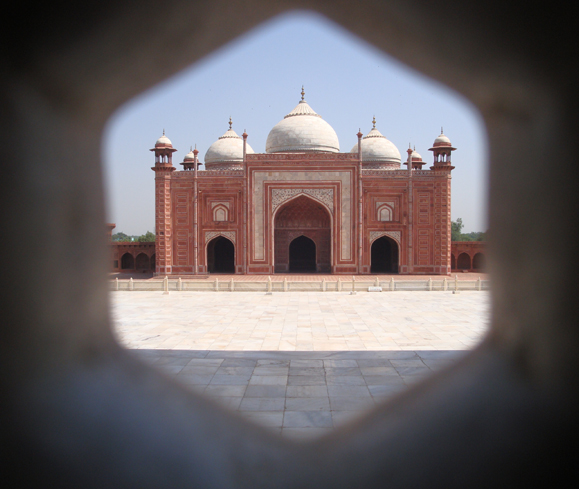 This is a photo taken by my brother after his racing near the Taj Mahal. I think this could possibly be one of the best photos taken in the world!

Isn’t it great to travel and see the world. I believe travelling the world is a reward of hard training 🙂