After a year full of injuries I manage to finish 2011 off on a high note finishing 4th overall for the BSG Energade Triathlon Series. It didn’t come easy and I have noticeably improved in the 2 months of racing with 7 races in total. It was all just for pure experience and getting into the racing vibe and to see where I’m at compared to the other elites.

I was meant to compete in the ITU African Cup in Pretoria a week before last but food poisoning got the better of me 1 night before the race. Then 4 nights before the final round of the BSG Series I picked up a bad cold and eventually having some fever so preparation didn’t go all to well… I had to begin the race anyway so still went into the race positive to race hard!

The swim was a lot better thanks to a bigger start of athletes and the tempo finally picked up…bit late when it’s the final! I had a relaxed start as usual and crawled my way to the front and got about a 10second lead over everyone else so I could have a relaxed T1 and be with any break away attempts. 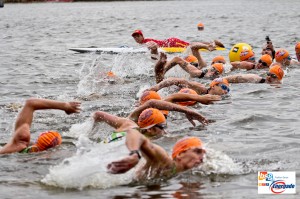 I struggled on the bike feeling my chest burn in the thinner air but luckily I could just sit in a big bunch on the bike. I don’t know what I was doing but I had a terrible T2 coming in stone last and exiting T2 about 15seconds behind the leader!

I found my self catching the back markers and my legs feeling kinda strong, so I worked hard up the hill to 1km where I found myself passing Theo for 4th place! Gave me a boost and kept running at my limit. I thought I was going to pass out at 2.5km but I found some strength to keep it going just another 8 minutes! Last 500m Claude came flying from nowhere and got a 5m gap on me and managed to clip me at the finish line, BUMMER! But congrats to him and everyone that raced!

I want to thank BSG for organising an awesome event and for all the prizes at the end of the day. And also to the Future Life Elite team and Finis for all the great products and support.
For now it’s straight to base work with an easy week first and working for a better year in 2012!