It was about time I posted an update on my website…it’s been
a while and I will try my best to keep it updated now that I have finished
college until February next year.

Training has been going well since returning back into training
since my collarbone break and recovering from long time injury in my shins. Having
ups and downs with my shins still as I experience some niggles still but
nothing too serious. I have only really started proper running training 3months
ago for the first time so I would be considered a “baby” runner for months to
come. Really struggle from time to time but the good ones make it all worth
while!

I have a plan to soak up as much triathlon experience again in
the BSG Energade Triathlon Series through October to December and with 1 or 2
African Cups this year. 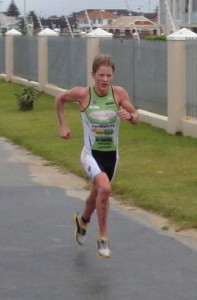 My first proper race since World Champs last year was at the
first race of the BSG Energade Triathlon Series where I placed 6th. There
I was too excited to hit the run and went flying out of T1 almost running
behind the two leaders where I kinda “poped” and ran back home in a good
result. Next was race #2 of the BSG Energade Triathlon Series and placed 4th
with a better plan going into the race. I decided to stick to Rudolf Naude,
fellow Future Life team mate, and hang on. Only managed to hang on for about
2.5km where I slipped off pace a little. Good day and a good result!

After that race I found myself in an exhausted state and
carried on with hard training and went into race #3 very tired. Found myself
struggling for air and had a disappointing 8th place. I carried on
with a hard 2 weeks going into race #4 at Midmar dam and struggled with my run
there too. I came home in a good placing, 4th, but had nothing to
give on the run.

From that race my coach, decided I get a good week of
running miles in my legs. I covered 75km and went into the next week with a
little bit of speed work for the 5th race of the BSG Energade
Triathlon Series and had a great race there with my ideal racing conditions
(cool and overcast with slight rain). The bike leg everyone was messing around
so it was easy to save legs for the run. I sprinted out of T2 and tried to hold
on to 3rd place with Theo and Pieter around me. I found myself
finding a better rhythm after 2.5km and pulled away from both of them. With Abraham
Louw falling off his bike and having to play catch up, he caught up and passed
leaving me in 4th. I tried to keep up but managed to only finished
30seconds behind 2nd and 15 behind him. Very happy after that
result.

From here it’s another hard training week to race #6 in Cape
Town then a slightly easier week leading in to African Cup in Pretoria.